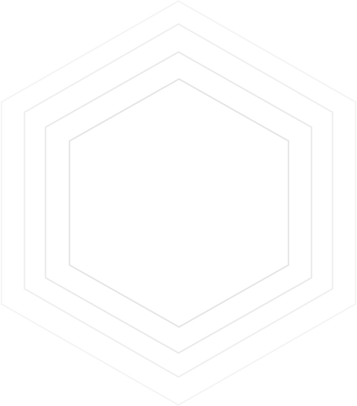 (Colwich, Kan. – March 2, 2017) – ICM, Inc. is proud to announce ICM ELEMENT to be built in Colwich, KS, co-located next to ICM’s headquarters. ICM ELEMENT will be a state-of-the-art bio-refinery showcasing our cutting-edge technologies; technology being the driving element that continues to push ICM to be a world leader in renewable fuels. With this vision the name ICM ELEMENT was selected for the new plant.

ICM’s success derives from the passion, commitment, and expertise of people that work together for a common goal. We see every individual as an integral element to the success of the planned 70 MMgy revolutionary plant estimated at a cost of $175 million to  build. ICM plans to be the majority owner and is in current discussion with investors who also see the vision and value of the project to the industry.

Elements are nature’s building blocks and the world is searching for cleaner, sustainable, renewable fuels. ICM President Chris Mitchell stated, “ELEMENT will strive to be one of the most energy efficient manufacturers of ethanol in the industry with the deployment of multiple new technologies including our ICM gasification unit.” The ICM patented gasifier technology is capable of fully converting biomass and forestry feedstocks into producer gas or syngas, while co-generating a biochar product that has many applications in agriculture and other industries. Producer gas, derived from air-blown gasification platforms, is ideal for local combined heat and power applications, industrial power and heating/drying applications. Mitchell continued, “As a result, we will produce one of the lowest cost, highest value ethanol gallons on the market while bringing increased revenue to one of America’s most essential elements: the U.S. ag industry.”

ELEMENT will also be the first full scale deployment of ICM’s patent pending Generation 1.5 Grain Fiber to Cellulosic Ethanol Technology™ (Gen 1.5) process producing up to five million gallons of cellulosic ethanol per year.   This process has been proven in large scale, up to 585,000 gallons fermentors in runs greater than 1000 hours increasing ethanol yield up to 10% and increasing corn oil yield up to 20%. The cellulosic gallons produced will be eligible to capture D3 RINs, cellulosic tax credits and California Low Carbon Fuel Standard Credits, which can result in an added value as high as $4.00 per gallon above corn ethanol prices.  This process also produces a high protein DDGS which has been demonstrated in extensive feed trials to bring added value in poultry and swine rations.  Steve Hartig, Vice President, Technology Development, ICM, Inc., said, “Showcasing this technology at ELEMENT is an important step forward. We see this technology bringing a sustainable benefit to the entire ethanol industry by maximizing the value of each acre of corn and supplying the market with cost competive low carbon cellulosic ethanol.”

“In comparison to alternative approaches, the Gen 1.5 process maximizes the output of cellulosic gallons with the lowest risk and capex per gallon,” stated ICM CEO Dave VanderGriend. “Leading us into the future we envision the scientific element continuing to evolve which will position ICM ELEMENT to build upon our foundation and to pursue future opportunities. ELEMENT will be an industry leader now and well into the future,” stated VanderGriend.

Beyond the breakthrough technologies of gasification and Gen 1.5, ELEMENT will also have the latest versions of ICM’s proven technologies for corn ethanol such as Selective Milling Technology™ (SMT™) and Fiber Separation Technology™ (FST™), along with several new technologies under development. ICM’s patented SMT™ and FST™ will drive the project, allowing ICM ELEMENT to increase throughput, decrease cost per gallon, and create the ability to produce high-value streams from traditional DDGS, all while increasing ethanol yield and increasing distiller’s corn oil recovery. ICM’s SMT™ is the industry leader, with 26 current installations, representing over 2 billion gallons of annual ethanol production.  With the further addition of ICM’s proprietary Fiber Separation Technology™, the fiber is separated from the stream by counter flow washing steps. FST™ enables a higher corn ethanol production,  increased corn oil yield and the separated fiber provides the feedstock for the Gen 1.5 process.

The ethanol industry was built by many visionaries, a key element of that growth has and will continue to be ICM and our most precious element: employees.  This planned plant will add an expected 50+ new jobs to the Colwich community as well as numerous indirect jobs and significant construction employment during its construction.  At full rate, this plant will purchase over 22 million bushels in corn and sorghum sourced primarily from the local area.

As a leading biofuels process technology provider, ICM, Inc., is focused on delivering innovative technologies, solutions, and services to sustain agriculture and advance renewable energy throughout the world.  ICM ELEMENT encompasses all of these concepts.

The construction of this plant places ICM in an environment naturally suited to or doing what we enjoy – we are in our ELEMENT.

Established in 1995 and headquartered in Colwich, Kan., ICM, Inc., provides innovative technologies, solutions, and services to sustain agriculture and advance renewable energy, including food and feed technologies that will increase the supply of world protein. By providing proprietary process technology to 111 facilities globally with a combined production capacity of approximately 8.8 billion gallons of annual ethanol production and 25 million tons of distiller’s grain feed co-products annually, ICM has become a world leader in bio-refining technology. The full-service provider also offers a comprehensive line of more than 100 products and services tailored to make biofuels production more efficient and more profitable. ICM is further upholding its responsibility as an industry leader by heavily investing in the continued advancement of renewable energy technologies. In an effort to speed that advance, ICM conducts research and testing at its state-of-the-art research facility in St. Joseph, MO, in conjunction with a growing list of strategic partners spanning multiple industries.